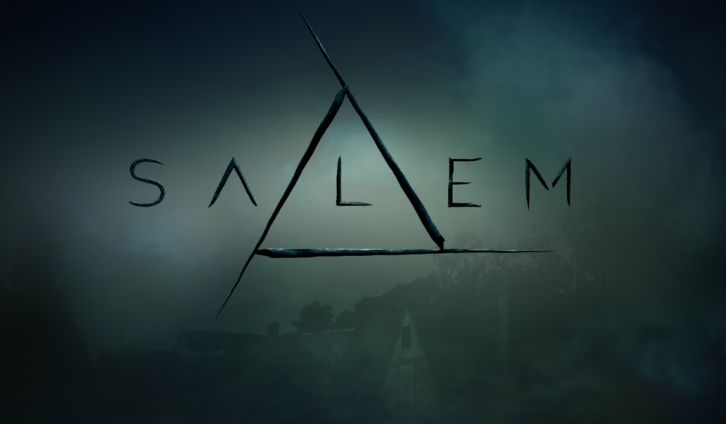 WGN America released the official episode synopsis for Salem 2×07 titled, “Beckoning Fair One.” written by Donna Thorland & Adam Simon and directed by Joe Dante. Take a look at the episode description for the upcoming new episode below.

Mary resorts to drastic measures in a bid to attain valuable information for use in combating the Countess, and she tries to shore up her political hold over Salem with a move that could either assure her success or seal her fate. As Anne Hale continues her Witch’s tutorial, she learns that getting what she desires comes at a cost, and that in order to continue on her seemingly powerful path she must still remain supplicant to others. As the Countess and her son, Sebastian, continue to work their plan, they are presented with a rare glimpse into their enemy’s stronghold where a fascinating introduction is made, and their cause is made stronger by a new but unpredictable ally. Wainwright returns to Salem having gained some measure of information that may shed light on the town’s particular strain of plague, but further investigation reveals shocking results. Meanwhile, Tituba makes plans for her recently captured prey, and Cotton gets a surprising visit.

The hard-working folks at TVAfterDark are a rabid bunch. Call it gusto, call it devotion, call it unbridled enthusiasm or passion – but we hunger and thirst for all things entertainment.
You might also like
SalemSynopsisTVWGN America

by Andrea Galeno on October 24, 2016
Salem Premieres November 2nd on WGN America!! Ah, fall. That time when we eat pumpkin spice everything and break out our sweaters. And honestly, there’s only so many times we can watch “It’s the Great Pumpkin, Charlie [...]

by Faith Bektas on October 8, 2016
Salem casts its spell on New York Comic-Con with an exclusive first look at season 3 Salem has become an undeniable hit for the WGN America network. Slowly, but surely, they’ve gained a following through word of mouth and the powerhouse that is [...]

by Romancia & Friends on September 16, 2016
The stars and creators will unveil exclusive first looks, extended sneak peeks, and special surprises from the upcoming seasons of hit shows ‘Salem,’ ‘Underground,’ and ‘Outsiders’ at NYCC. Fans of all three hit shows [...]
comments
Leave a reply