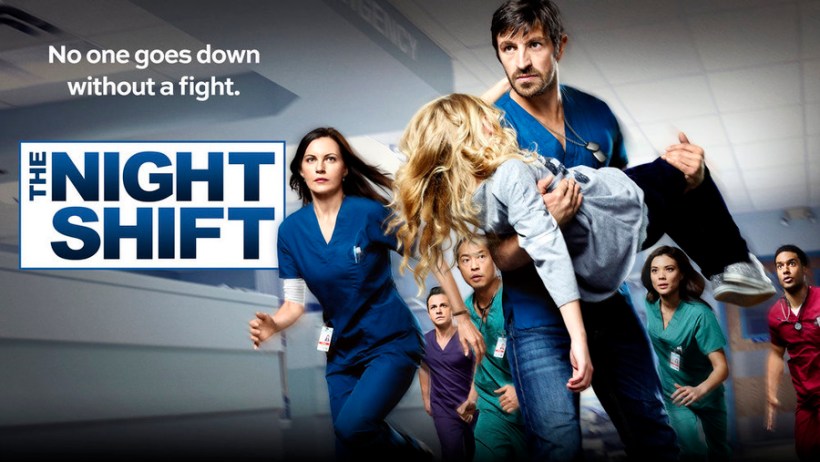 The Night Shift 2×05: A Deadly Scare for The Team

NBC released the official synopsis for The Night Shift 2×05 titled, “Ghosts,” airing Monday, March 23rd. Take a look at the description for the episode below.

THE NIGHT SHIFT GOES INTO LOCKDOWN WHEN THEY RECEIVE A PATIENT WITH DEADLY RADIATION POISONING – SCOTT WOLF, ADAM RODRIGUEZ, MERLE DANDRIDGE AND SARAH JANE MORRIS GUEST STAR – A patient’s exposure to radiation sends the Night Shift into chaos. Topher (Ken Leung) implements an immediate quarantine and locks down the ER. Paul (Robert Bailey Jr.) cares for the quarantined patient with the help of Ragosa (Freddy Rodriguez) and Kenny (JR Lemon). Meanwhile, TC (Eoin Macken), Drew (Brendan Fehr), and Gwen (Merle Dandridge) race to the site of a multi-victim car cash, where they discover an injured police officer at the heart of the accident. Back at the hospital TC and Jordan (Jill Flint) work desperately to save the officer’s life using an unconventional procedure. TC gets an unwelcome surprise when his troubled sister-in-law Annie (guest star Sarah Jane Morris, “NCIS”) shows up out of the blue. Still adrift and grieving over the death of her husband, Annie is eager to reminisce with TC about the good old days. Meanwhile, a former patient harasses Jordan, and Drew struggles with his recent breakup. Joey (guest star Adam Rodriguez, “Reckless”) pushes Krista (Jeananne Goossen) to take her future into her own hands. Scott Wolf also guest stars.

The hard-working folks at TVAfterDark are a rabid bunch. Call it gusto, call it devotion, call it unbridled enthusiasm or passion – but we hunger and thirst for all things entertainment.
You might also like
NBCSynopsisThe Night ShiftTV

by Meaghan Cassidy on July 15, 2018
Reverie explores a world of dance in a quite typical episode Episode 6 of Reverie takes its title quite literally, with an episode centered on Holly Maxwell (Sally Pressman), a dancer who is facing the fact that she will never walk again. Mara (Sarah [...]

by Meaghan Cassidy on June 30, 2018
Reverie weaves another heartfelt tale in the midst of tragedy “Altum Somnum” is quite different from previous episodes of Reverie. We get to see Monica Shaw’s (Kathryn Morris) influence on Onira Tech and the repercussions it has for the [...]

4 Episode Challenge: Reverie Explores the Future of Technology and Its Consequences

by Meaghan Cassidy on June 25, 2018
Reverie gives us characters with heart, thoughts for the future, and an immersive world that feels like it could be real The Show: Reverie The Network: NBC The Genre: Science Fiction, Drama The Challenge: Give a show four episodes with which to draw you [...]
Latest Articles