The Originals 2×19 “When the Levee Breaks” Synopsis & Photos 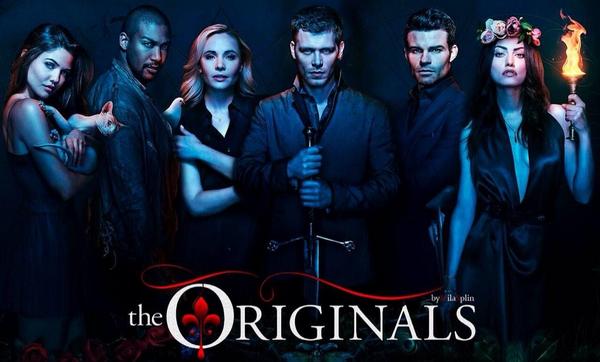 The CW released the official episode synopsis and a promotional photo for  The Originals 2×19 titled, “When the Levee Breaks.” Written by Marguerite MacIntyre and directed by  Bethany Rooney, the episode airs Monday, April 20th. Take a look at the description and  first promotional photo for the upcoming new episode below.

Setting the stage for a bloody showdown, Dahlia (guest star Claudia Black) gives Klaus (Joseph Morgan) and Hayley (Phoebe Tonkin) a deadline to turn over baby Hope.  Elijah (Daniel Gillies) attempts to convince Klaus that they need to work together in their fight against Dahlia, but Klaus forges ahead with his own dangerous plan, leaving everyone concerned about his next steps.  Meanwhile, when Hayley realizes their chances of outrunning Dahlia are slim, she devises a risky plan and enlists Aiden’s (guest star Colin Woodell) help.  Elsewhere, Freya (guest star Riley Voelkel) gives Rebekah (guest star Maisie Richardson-Sellers) and Elijah an ultimatum, and Marcel (Charles Michael Davis) strategizes on how best to deal with Klaus’ erratic behavior.  Leah Pipes and Danielle Campbell also star.

Hi! I'm Stephanie. I currently live in Pennsylvania and have many passions in life. I LOVE The Vampire Diaries and everything and anything related to The Vampire Diaries. You could probably say I'm a bit obsessed...I guess you could say a somewhat of a TV junkie. When I'm not engrossed in one TV show or another I also enjoy, friends, family, painting, the Pittsburgh Steelers, swimming, a good movie or book and a glass or so of wine.
You might also like
CommunitiesCWPromo PhotosSynopsisThe Originals

ClexaCon 2018: An Interview with the Convention Directors

by Reagan Pierce on March 23, 2018
Can’t wait for ClexaCon? Get the inside scoop on the fan-favorite convention, straight from the directors themselves! ClexaCon 2018 is right around the corner and we just cannot wait. In preparation for the convention, we sat down with ClexaCon directors [...]